How to Configure a Roadmap?

Rapidr lets you create the Now, Next, Later roadmap. When paired with the existing feedback boards, this roadmap helps you by showing the progress and direction of product development to your customers.

This roadmap also helps you communicate your priorities over broad timeframes with an emphasis on the near-term, along with assessing new feedback requests for functionality against planned work.

1. Go to the Roadmap tab and click on Configure. 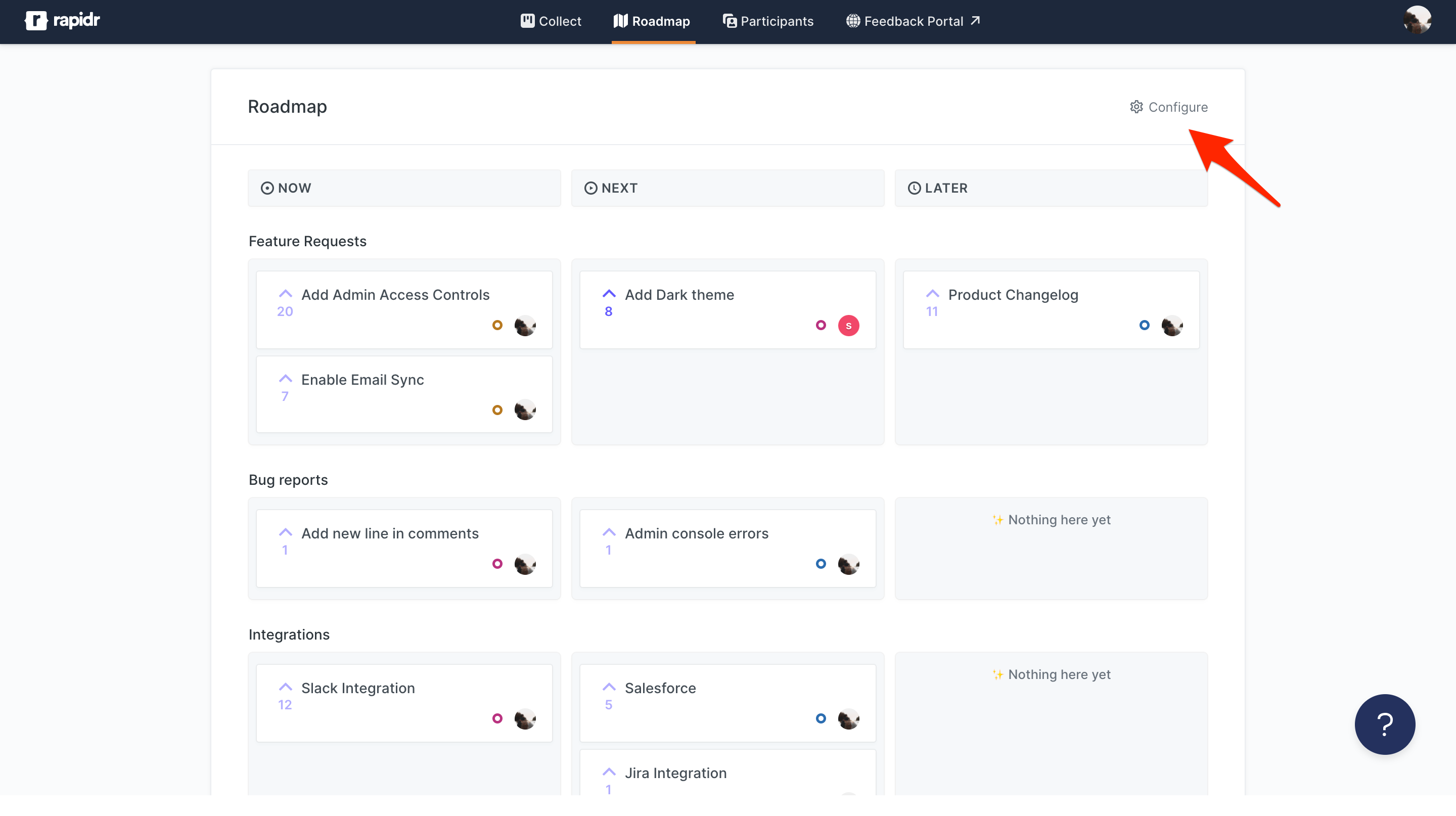 2. Select the Board for which you'd like to configure the Roadmap for. 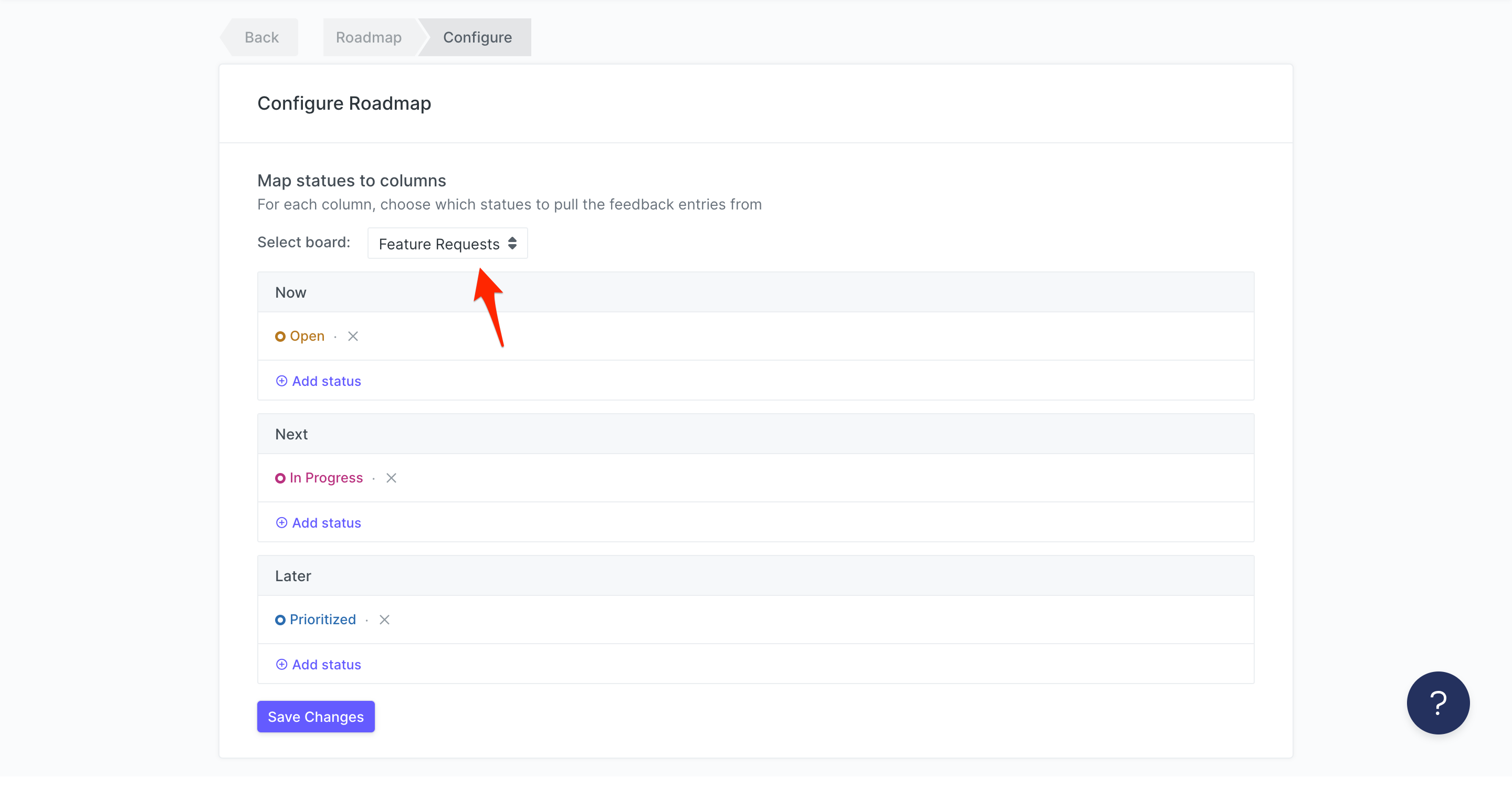 3. For the chosen Board, in this example it's "Feature Requests", we'll map the Status to each column of the Roadmap. We'll fetch feedback from your board with the given status for the mapped column. For example,  here for Board "Feature Requests", in the Now column we'll show all feedback in the "Open" status.

You can assign multiple statues to a single column (Now, Next, or Later). Although, you can not map the same statues in different columns. 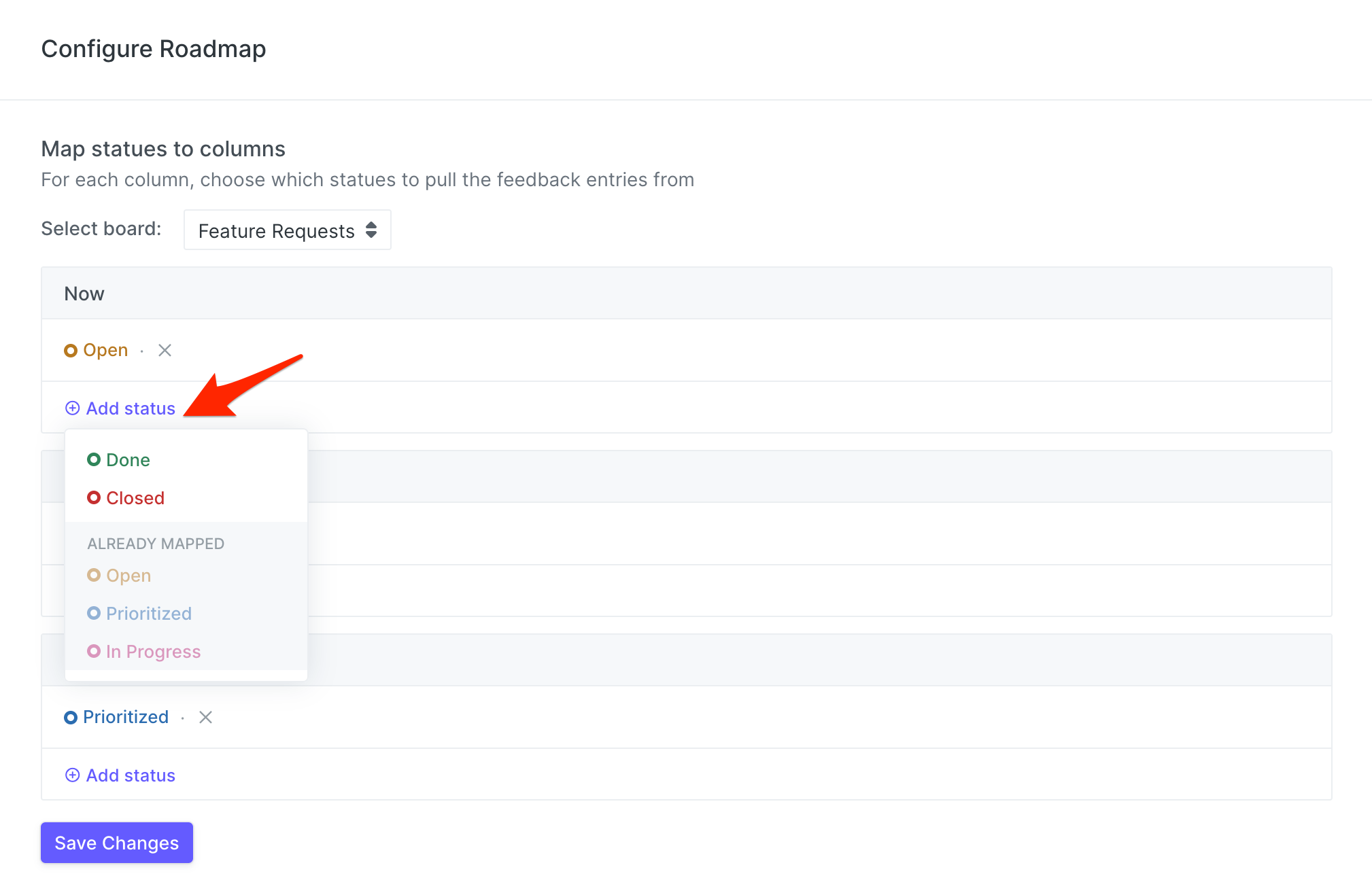 The Roadmap columns show feedback mapped to the respective status with the feedback's title, # of votes, and the user who created them. Rapidr also deep links the feedback entries, so you can upvote on the feedback directly from the Roadmap or navigate to the detailed view of that feedback.

When you create a new board, we create default mapping between the statues to the Roadmap columns, which can be altered easily by performing the above steps.

If you still face any difficulty in configuring your roadmap, we are always there to support you. Feel free to reach out.